Compared with above what are the advantages of  Methane Gas Detection with Laser Sensors?
Zero Poisoning, No Aging and No Cross-sensitivity: Electrochemical detectors are always in direct contact with the gas. They are prone to aging as the measurement principle is based on a chemical reaction depleting the sensor substance. This leads to short life times. This life time decreases when the gas to be measured is present frequently. The response is rarely specific to a single gas, which may lead to costly false alarms. Issues with zero drift for multiple reasons are frequent. Therefore, calibration is necessary in short intervals, which in turn increases the cost-of-ownership for initially low-cost instruments. The sensors are also sensitive to pressure and humidity changes. As the laser gas sensor is an optical detector without direct contact to the gas, it is not at all subject to poisoning or degradation. Humidity and pressure changes around normal atmospheric conditions have no influence. Calibrations are enduring and recovery from high concentrations is instantaneous.

Continuous Sensor Status Monitoring for Functional Safety: The European norm IEC 61508 is regarded as “good practice” for security sensors. It requires functional safety from any device and needs redundancy and constant monitoring of the sensor status. With an optical sensor, this is achieved by monitoring the light source intensity (which is a basic feature of the laser gas detector measurement principle). However, electrochemical gassensors or pellistors cannot comply with this norm as any testing degrades the sensor performance and due to this operator of security sensitive installations (chemical plants, refineries etc.) will have to replace electrochemical sensors in the future.

High Dynamic Range: Most detection technologies can either measure only low concentrations (e.g. electrochemical detectors below 100 ppm) or high concentrations (catalytic sensors in the % range). The high dynamic range of the laser gas detector makes it very versatile for many applications, without the need to use 2 or 3 different detection technologies in the same instrument to cover the range of interest.

Compared with above what are the advantages of  Methane Gas Detection with Laser Sensors?
Both the infrared sensor and the laser detector monitor the absorption of infrared light by the target gas–however, the infrared sensor only achieves rather weak resolution. The infrared sensor detectors select the appropriate wavelength by filtering the light of a thermal emitter through an interference filter. This filter has a spectral resolution which is roughly a factor 1’000 weaker compared to the sharp laser measurement if TDLS. While overlapping gas absorption bands can pose a serious problem to NDIR detectors – particularly with ever-present water absorption bands, the high resolution approach of the laser detectors makes this a non-issue, resulting in Zero Cross-Sensitivity.

Better Long-Term Stability with Single-Channel Systems: the infrared sensor detectors need a second measurement channel as reference in order to monitor the light intensity of the bulb that changes intensity over time due to aging. As the reference channel has a separate detector and a separate narrow band interference filter, difference in these devices compared with the measurement channel and different aging can lead to drift. Therefore calibration needs to be relatively frequent. The laser detector uses a special measurement technique connected to proprietary electronics, which extracts the required intensity information from the detector signal. Therefore, there is no need for a reference channel or frequent calibration routines.

Lower Power Consumption: The thermal light bulb of a NDIR detector uses electrical power to generate a broad spectrum of intensities – like a light bulb in a ceiling lamp. The optical filter is tuned to the gas absorption wavelength and therefore uses only a tiny fraction of the emitted light, leaving the main portion of the used electrical power wasted. In contrast to this, the laser diode of the laser detector emits 100% of its light at exactly the wavelength of interest, wasting only a minimal amount due to the conversion efficiency of the laser. Therefore, the laser detector will have lower power consumption in most applications.

Compared with above what are the advantages of  Methane Gas Detection with Laser Sensors?
FTIR analytical instruments can be used for multiple gas measurements in laboratory and some process applications. However, accurate and fast devices can be expected to be at 10 or 20 times the price point of a laser detector. Standard instruments have susceptible optics (contamination) and measurements in the lower ppm range are difficult. Furthermore they are sensitivity to vibrations and shock and often need expert operators. Bulkiness and relatively high power consumption are not in favor of easy OEM integration, particularly for mechanical in-situ, gas-extractive set-ups.

Compared with above what are the advantages of  Methane Gas Detection with Laser Sensors?
No cross-sensitivity, no influence from environmental parameters: Solid state sensors are sensitive to humidity and generally have poor selectivity for toxic gases. Also, variations in the oxygen content lead to unreliable readings. Exposure to high gas concentrations can lead to irreversible changes to the 0-gas reading, as well as to the sensitivity. On the contrary, cross-sensitivity to other gases, humidity or oxygen is virtually zero for the laser detector if the bands from the absorption fine structure are carefully chosen. There is no direct contact to the gas to be measured.

What do laser type methane gas sensors have as superiority in comparison with Catalytic type sensors?

Catalytic type sensors are essentially combustible gas sensors and principally they could react with every combustible gas (such as gases in the lighter). laser type methane sensors adopt single light source which is just selective to methane, as a consequence, they are excellent in anti-cross-interference.

Laser type methane sensors employ the most advance and stable semiconductor technology, which has an advantage in long-term, stable and reliable working state. Only one time adjustment at the factory is needed then calibration free during its life time. But Catalytic type sensors have zero point drift characteristic, which need to be adjusted once every 7 to 10 days.

Why laser type methane gas sensors have a longer lifespan?

Laser type methane sensors adopt high reliability optical components, which enables the sensors with long life core component. At current state, our product lifespan could be customized from 2 to 10 years.

Why the response speed of methane gas sensors is important for safety production?

As most of the gas accidents in coal mine are sudden accidents, so whether methane can be rapidly detected is quite important. Recently China is implementing mine safety rescue capsules, according to the provisional regulations on the management of emergency system in coal mine construction, evacuation system should be set up in the face of 500-1000 meters, and namely the emergency escape time is essentially within 1-2 minutes. So the 30s early warning of laser methane lasers from matters a lot against escaping from emergency, which is far more critical than infrared sensors.

Since laser type methane sensors principally test the number of molecular in a fix volume, which is a direct way. However, the principle of catalytic type sensors is testing the heat generated from burning of methane gas, which causes resistance changes, then we could measure the resistance value, and it is an indirectly way, hence bring bigger deviations.

Will the oxygen and ambient temperature affect the detecting accuracy of laser type methane sensors?

The answer is no. Firstly, during methane testing period, no catalytic gases will be used by laser type methane sensors. Thus they could be normally used in atmosphere lack of oxygen or without oxygen. Secondly, laser type methane sensors were designed according to the principle that thermodynamics and laser gas could mutually interact. The testing result could eventually not be affected by ambient temperature and furthermore we could increase the displaying of ambient temperature as per customer’s requirement.

They have common physical principles which all adopt interactions between optical and molecular. But laser methane sensor uses a near-infrared laser technology, infrared sensor use infrared light source and filter technology. Compared with infrared sensors, laser type methane sensors response quicker and with anti-wet and anti-vibration capacity and more stable during working.

Why infrared sensors are inferior in anti-humidity and anti-wet ability?

Because infrared sensors adopt infrared light as detection light, and water molecular has a strong absorption characteristics in the infrared district, so infrared sensor is inferior in the anti-wet capacity; infrared sensors are weak in light source signal, usually a difference needs to be done between standard gas chamber and detection gas chamber to find out the effective signal, thus gas chamber should be with complex structure, weak anti-vibration capacity, which is not suitable for mining district use, while laser sensors from trigger no response towards vapour and are with excellent anti vibration capacity

Why do laser sensors have a better stability than infrared sensors?

Laser sensor modules adopt the most modern and stable semiconductor photoelectric components and have a long service life. And light source of infrared sensors is just similar to that of light bulbs, as time going on, it will become weaker, consequently affect the stability of the sensors.

Why do laser sensors have a bigger testing range?

Principally laser type methane sensors neither have a limit for concentration, nor do they require ancillary gases (such as oxygen), thus gases with range from 0 to 100% could be tested.

Why UAVs are ideal for Pipeline Monitoring? 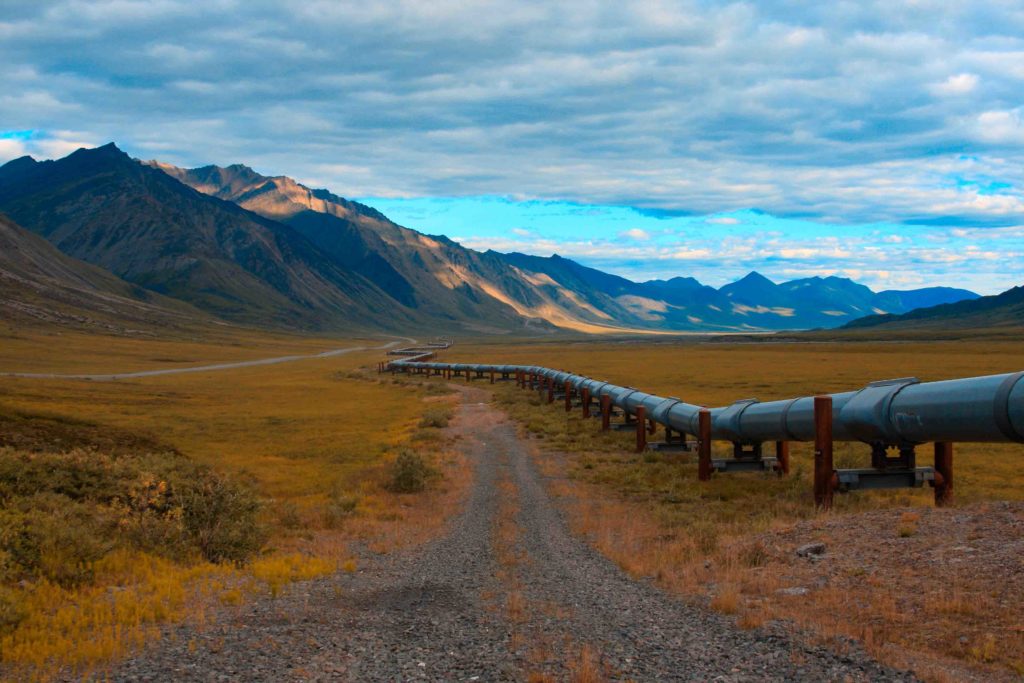 What are the options for deploying laser detection sensors?

TERRESTRIAL: Land based options on foot, or via vehicle are constrained by accessibility, is slow and cannot reach all places.
FIXED WING: Don’t work due to the refresh rates of the laser detector.
HELICOPTERS: Helicopters are less flexible, more expensive and create too much downwash that gives incorrect GPS locations of leaks.
QUADCOPTERS: Quadcopters provide the most scalable solution which makes it possible to obtain maximum details for medium and small areas to ensure detailed scanning of both surface and subsurface pipelines. It is a perfect footprint and currently provides the most accurate way of detecting pipe leaks when paired with methane laser detector.
READ MORE HERE 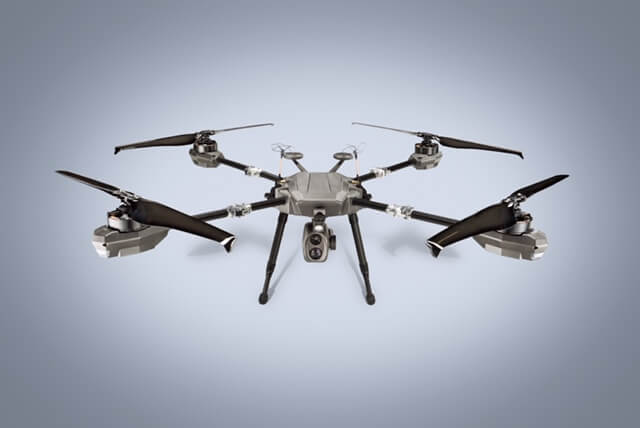 Find out how Airborne Drones can help solve your requirements.