Urban Rural Air Mobility refers to transportation systems that move people and goods by air. These transportation systems developed in response to both traffic congestion in the Urban context or accessibility in the Rural context.
While the two different environments differ dramatically the challenges for transport and delivery are very similar.

Ever-greater urbanization is a well-publicized trend. More than 66% of the world population is expected to be living in urban areas by 2050. Cities are being forced to expand. Their transportation systems are growing. This means more roads, more railway tracks, more subway lines, more bus routes for people entering, leaving and traversing cities. For example, n Lagos, Nigeria commuting time has risen to 30hours per week. 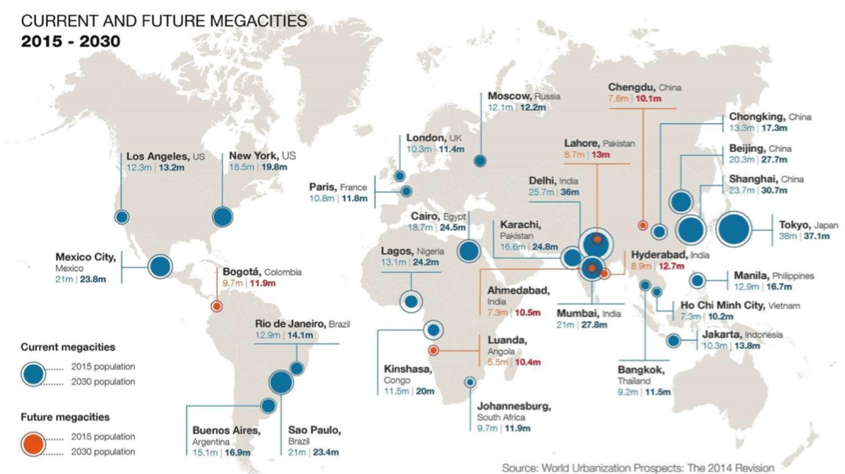 The urge to escape earth bound hindrances to the freedom of the skies and to just soar above it all has been part of human nature. Since before the Wright brothers built their first experimental aeroplanes. 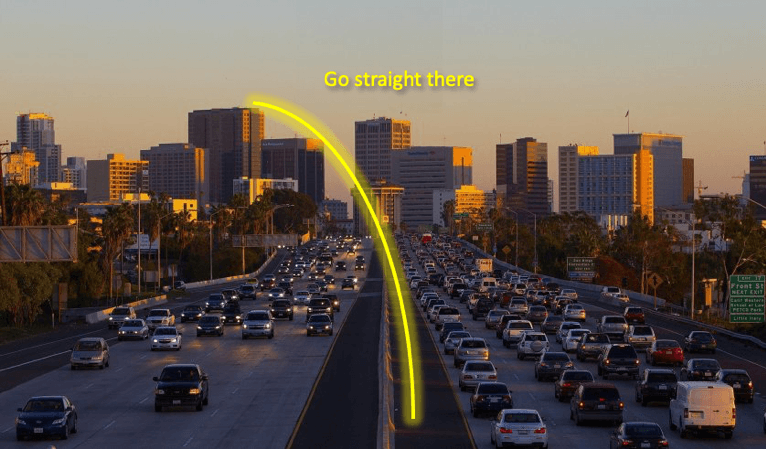 UAM has the potential to release the gridlock strangling the streets. It is already used in emergency services, transport of blood and organs, traffic monitoring, public safety and passenger transport.
The UAM model emerging is Mobility as a Service (MaaS) similar to the Uber or Lyft model. Call for a ride through an app when you need one. 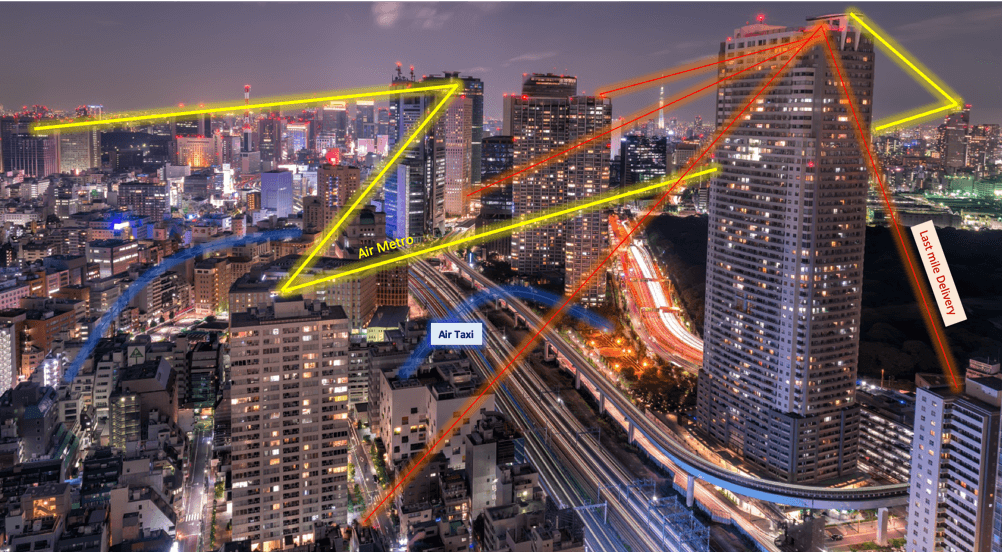 Morgan Stanley forecasts that by 2040 the total addressable Urban Arial Mobility Market to be in the order of $1,5trn.
However investments in physical infrastructure languishes at about 1% of the overall amount.  Other projections include that the number of drone will reach 20 million in 2020, aircrafts will reach around 30,000.
UAM mobility vehicles will need to be able to dock at Vertiports. Which will have to deal with issues of high-transport locations, charging, safe landing and take-off, airspace maintenance repair and overhaul, and enable multi-modal forms of transport.
The drone taxis are likely to form a significant part of a longer commute. Because it will use a combination of public transportation and ride services. Regularly scheduled flights from vertiport to vertiport along a defined path will solve many of the safety and regulatory challenges of integrated airspace. 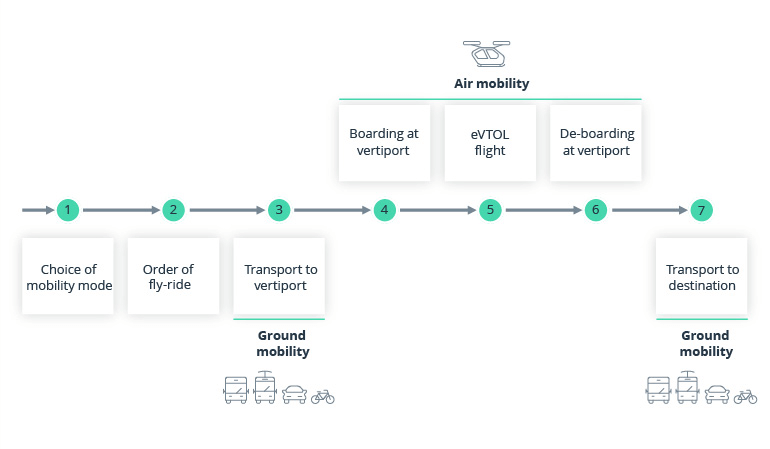 The challenge for UAM service providers would be to build a new system of transportation to make travelling more efficient, effective. But at a similar cost to driving.
About the aircraft:

RAM is a different picture. While accessibility is also a challenge the emphasis moves from convenience to necessity. Applications frequently focus on life threatening circumstances and saving lives with drones.

Read more about drones for Urban and Rural Air Mobility in Transport and Delivery here..